Do I really need an x-ray during each visit?

The research was performed at King’s College London and was published this month in Scientific Reports, explaining how the new drug can stimulate stem cell growth in tooth pulp. The process generates new dentine, the mineral that surrounds and protects the tooth, which would essentially eliminate the need for fillings or cements.

Something that has been in the news as of late is the claim that a new drug used to treat patients with Alzheimer’s has been found to have the fortunate side effect of triggering dental regrowth. Tideglusib has been on the market for a few years due to its effectiveness in treating the horrible degenerative disease, but now further research has shown its effectiveness in patients with dental trauma or infection. This is huge news in the dental world because this breakthrough can one day lead to the complete elimination of dental fillings.

The research was performed at King’s College London and was published this month in Scientific Reports, explaining how the new drug can stimulate stem cell growth in tooth pulp. The process generates new dentine, the mineral that surrounds and protects the tooth, which would essentially eliminate the need for fillings or cements. Normally, when a tooth undergoes trauma or infection, a thin layer of dentine is automatically grown to protect the site by sealing off the pulp (a very sensitive area). However, this layer is not sufficient in filling up deep issues, and so a dentist must use an artificial substance like a cement or filling to fill these spaces. On top of everything, when a patient has been consulted and a filling is required, the procedure is usually quite uncomfortable and can be costly without insurance. In addition, multiple fillings might be required over the course of someone’s life, and there may come a time when the affected tooth cannot handle further fillings and must therefore be extracted. This is perhaps why dentists and patients alike are very excited about this new breakthrough.

The new alternative method has a dentist insert a small biodegradable sponge soaked in Tideglusib into the cavity space. The drug contains an inhibitor that halts the release of GSK-32, an enzyme that prevents dentine from forming. Over time the sponge soaked in the drug disintegrates and so a much deeper layer of dentine is able to form with almost no intervention required.
So far, all tests have been performed on mice, but the results look very promising. Scientific reports show that a dense layer of dentine can form at an injury site with vital pulp after just four weeks of this treatment. In addition, complete repair of a tooth, along with vital dental pulp, can be shown in as little as 6 weeks. Not only are these results phenomenal, but we can expect to see more use of this drug on patients in dental clinics in the coming months, since it has already been an approved and effective drug for Alzheimer’s treatment. Talk about killing two birds with one stone!

A non-invasive treatment like this is always welcome in the medical sphere, especially in dentistry. Having great potential for widespread applications all over the world, only time will tell when this will be available for humans to take advantage of. The good news is that it looks like it will be much sooner than later.

That’s right! One of our recommended dental clinics wins Best East Vancouver Dentist for 2018. Dentist and Owner Dr. Dhir comments: It is an ama... 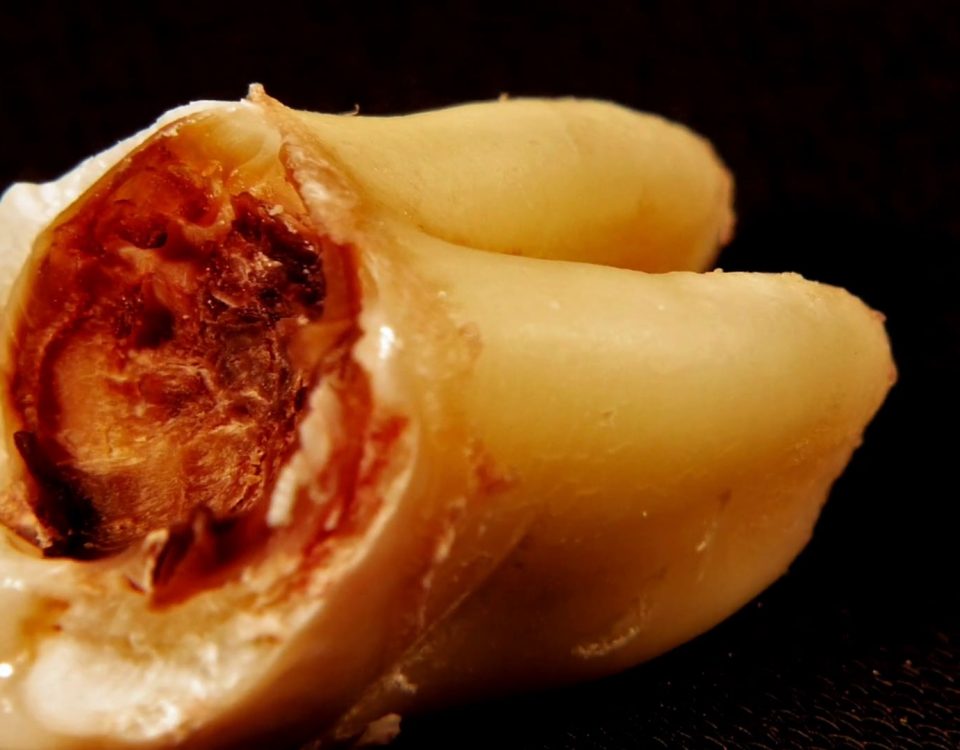 What Things Put Me at a Risk of Having Dental Caries?

Our teeth are constantly being damaged and repaired. Damage occurs as acids in the mouth dissolve the minerals necessary to make up the tooth. We call...

A very common cause of tooth discoloration is a childhood injury called a pulpal bleed or bruise of the tooth due to force or trauma. This […]